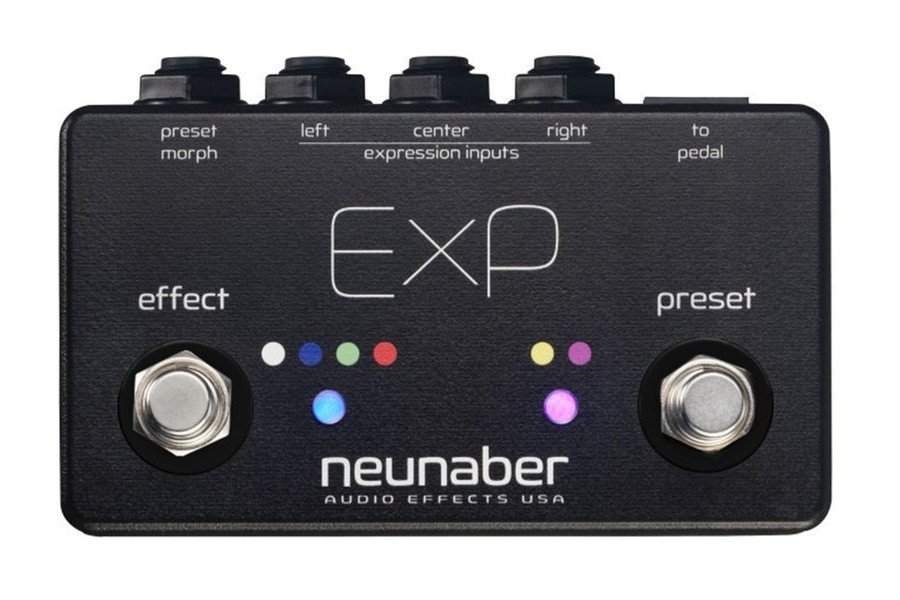 This item qualifies for our 10% Rewards plan! Learn More
This product only sells to and ships to the Continental US, from Suwanee, GA.
Buy with confidence - Shop Indie at Town Center Music.

The ExP™ Controller unleashes the full functionality of your Neunaber Expanse-series pedal—four programmable effects with two presets each, three expression inputs (one for each knob), and a Preset Morph expression input. Multi-color LEDs uniquely identify effects/presets and are easily seen from a distance.

Simply connect the ExP to any Expanse-series pedal with the included cable. No power supply is needed. Select the effect and program it with Expanse Software. The footswitch behavior is also configurable per effect (see the Expanse User Guide). For example, you can configure a tap-tempo Echelon Echo as one effect and a Seraphim with long-press for shimmer as another effect.

Using Preset Morph with an expression pedal, you can smoothly transition between two presets, resulting in nearly infinite variation.

This pedal works ONLY with Expanse-series pedals with an ExP port.