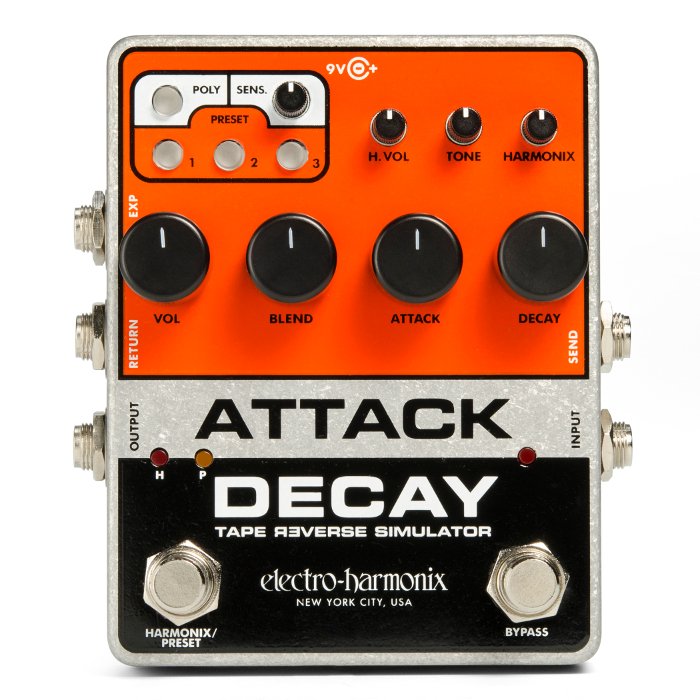 
This product only sells to and ships to the Continental US, from Suwanee, GA.
Buy with confidence - Shop Indie at Town Center Music.

The circa-1980 Electro-Harmonix Attack Decay is a sought after prize among vintage pedal aficionados. Originally called a Tape Reverse Simulator, it’s known for producing volume and reverse swells, backward tape sounds, artificially short staccato notes and bowed instrument effects. The new Attack Decay reinterprets the classic and keeps its cool factor, but adds some modern features for convenience and enhanced functionality. It can produce a single volume envelope like the original, or, with Poly engaged, put separate volume envelopes on each note you play. The built-in Harmonix fuzz is now a fully controllable distortion with gain, tone and volume controls. The effects loop allows the musician or sound designer to place the volume envelope onto whatever signal is present at the Return jack. Expression pedal/CV input and three user presets give the user total control over their Attack Decay!